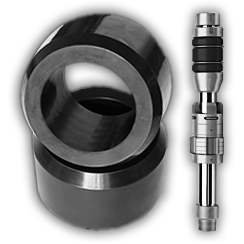 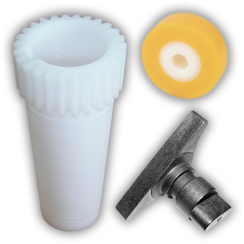 
Analogs of seals for heat exchangers

at a reasonable price and not inferior in quality to the original. 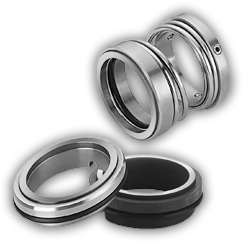 Reasons for overheating of mechanical seals 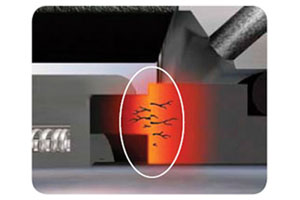 A large amount of heat can cause a lot of problems with the mechanical seal:
- elastomer may be damaged;
- some sealing surfaces may be damaged;
- carbon graphite surfaces can escape from the seat, since the trapped air expands inside the carbon, and the seal can also become charred, which will destroy the sealing surface;
- coated surfaces can form a thermal crack and crack, which will lead to rapid wear of the carbon coating;
- seals from carbon graphite compounds can melt or oxidize at elevated temperatures;
- the dimensions can vary, which leads to the fact that the sealing surfaces can leave the contact plane and this will cause premature leakage (especially when working with volatile emissions).


Under the influence of temperature, the mechanical seal material can change its state and:
- evaporate between surfaces, opening them;
- crystallize moving components, limiting their movement;
- change the viscosity of the fluid, limiting the ability of the seal to rotate;
- harden, which will make the seal inoperable;
- to form a film on sliding components and seal pads;
- coke, limiting the movement of the seal and open ground surfaces;
- increase the risk of corrosion.

Some problems with overheating, not related to the design of the seal or its installation.

Inefficient heating or cooling jacket on the pump:
- a layer of calcium formed on the walls of the shirt, preventing heat transfer;
- the coolant flows too quickly through the cooling jacket;
- the thermal sleeve was not located at the bottom or the end of the stuffing box;
- if steam is used as the refrigerant, the pressure may be too high;
- the liquid is not filled in the stuffing box, there is either a suction or discharge recirculation of the pumped liquid;
- gap between, the outer diameter of the seal and the gland hole is not enough;
- the shaft material conducts heat to the static elastomer of the cartridge and other components (for example, carbon steel conducts heat much better than a stainless steel shaft).


If the convection tank with double seal does not convect, it is possible:
- the convection tank works in the opposite direction;
- double sealing barrier or buffer liquid isolated;
- working medium, has a low specific heat and low conductivity (for example, oil);
- the sealing surfaces were excessively compressed during the installation process;
- incorrect measurements during installation;
- the mechanic was mistaken in calculations or incorrectly considered the dimensions of the seal;
- the pump bushing moved when the impeller was tightened on the shaft;
- the measurement was carried out in the wrong place.


The design of the cartridge seal has a great influence on heat dissipation and heat sensitivity:
- unbalanced mechanical seals generate more heat than hydraulically balanced seals;
- two hard surfaces generate more heat than carbon graphite, with a hard surface;
- silicon carbide and tungsten carbide dissipate heat faster than ceramic, carbon or graphite surfaces;
- location, as well as the class of elastomer can be critical for temperature sensitive seals.


The above problems are not unique to cartridge seals. However, there are some problems that are unique to cartridge-type seals:
- the offset of the sealing gland along the shaft and on the surface of the stuffing box packing can compress the seal due to friction between the shaft and the static cartridge cartridge elastomer;
- in double seal devices, the internal seal may collapse as the outer seal loses some of the compressive properties (in this case, the seal must be returned to its original position, to ensure an optimal distance, before installing the seal on the shaft);
- some designs of open-wheel pumps (eg Flowserve or Duriron) are adapted to the end cap rather than to the spiral chamber (in this case, the seal must be reset to its original position after adjusting the impeller);
- cartridge mounting screw, can slide on the hardened bushing;
- application of a higher pressure or hydraulic hammer, can move the set screws and compress the sealing surfaces;
- the adjusting nuts must be tightened after adjusting the impeller micrometer on the pump that uses this adjustment method;
- it is necessary to make sure that the clamps for centering are in place when installing or reinstalling the seal, for its correct mounting.


In this article, the most popular causes of overheating have been described, but in rare cases, the cause of overheating may be problems of an individual nature. Correct installation and careful operation - the guarantee of high productivity of your enterprise and minimization of losses at idle time of production.