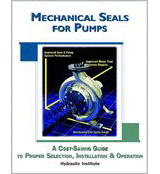 History of the development of leading companies in the field of sealing.

In the sealing industry, mechanical seals have existed for more than 100 years. The first known company was founded in the USA in 1905. The mechanical seal was invented by George Cook and was originally called "Cook Seal". He also founded the Cook Seal Company. The Cook seal was first used in refrigeration compressors.


Сompany «Pacific & Durametallic» for the first time manufactured mechanical seals in the USA in 1930. «Borgwarner» began the production of mechanical seals since 1955 in the United States. Later, these companies merged with «PAC Seals», within the holding «Flowserve corporation-Flow».


The German company «Burgmann» developed the mechanical seal in 1962. Сompany «Nippon - Sealol Co.Ltd.» was a joint venture «Sealol» - USA and «Nok» - Japan, which began the production of mechanical seals in 1964. And already in 1978, the company changed its name to. In 2004 there was a merger of companies «Burgmann» and «Eagle», their products are now produced under the brand name «Eagle Burgmann».


The mechanical seal, also called mechanical seal, is a type of seal used in rotating equipment, such as pumps and compressors.
When the pump is running, liquid can flow out of the pump between the rotating shaft and the stationary pump housing. As the shaft rotates, preventing this leakage can be difficult. Early models of pumps used stuffing box packing to seal the shaft. After the Second World War, the mechanical seals replaced the stuffing box packing in many fields of application.
In the mechanical seal, both rigid and flexible elements are used which are in direct contact and are rubbed against each other, allowing the rotating element to remain hermetic.
The initial requirements for sealing water in cars, agriculture and sea water pumps for ships led to the development of simple rubber mechanical seals.
The seal for the rotating shaft is a pair of friction between the two rings. One is fixed, fixed in the body, and the other is fixed on the rotating shaft. These friction pairs are in contact with each other due to the nominal positive pressure generated by one or more springs.

The main components of the mechanical seal.

1. Primary seals, they are also called a pair of friction. The overall combination consists of a solid material such as silicon carbide or tungsten carbide embedded in the pump casing and a softer material such as carbon in a rotating sealing assembly. Many other materials can be used depending on the operating conditions, chemical properties, pressure and temperature of the liquid. These two rings are in close contact, one ring rotates together with the shaft, the other ring is motionless. In the production of friction pairs, these rings are processed in a process called lapping to obtain the required degree of flatness.


2. Secondary seals, ensure the sealing of other points of contact in the seal, they prevent the leakage of liquid and do not rotate relative to each other.


3. Springs, are used to create pressure and maintain a close contact between the primary seals. In combination with the spring, a reliable contact of the friction pairs is also provided by the pressure of the pumped liquid.

How the first mechanical seals were developed.

In 1929, JM Ryan of the «Crane Packing Company» developed a mechanical seal called the «Ryan Seal». The «Ryan Seal» used steel and bronze surfaces, one coil spring and a stuffing box seal as the second sealing element. At that time, the fixed sealing ring had not yet been invented. Later, the stationary rings of the mechanical seal were started to be made of steel and mounted with interference on the pump shaft. Sealing surfaces were machined, not by grinding.


In the mechanical seals of the 1930s, soft materials were used as secondary sealing elements. Secondary seals were made of natural fibers, rubber, neoprene (synthetic rubber) or asbestos. The stationary sealing ring was developed in the 1930s, but was not used in mechanical seals before the Second World War. Neil Christensen found the optimal size for the O-ring and its groove in 1933. He applied for a patent in 1937, and received it in 1939. Prior to World War II, natural rubber was still used, although much work had already been done to develop synthetic materials. During the war, natural rubber was difficult to obtain, and the production of synthetic rubber became the priority of wartime. The first synthetics were: neoprene, butadiene-acrylonitrile, butadiene-styrene and butyl rubbers. The use of synthetic rubbers was usually limited to temperatures of not more than 121°C.

Stages of development in the field of sealing.

1960-1970. Some of the leading companies, such as «John Crane», «Flexibox», «Burgman», «Borg Warner», «Pilar», «Pacific», «Durametallic» and «Sealol», expanded their activities by creating joint ventures in other countries in Asia, Australia, South America, Europe and Africa. Then the company «Chesterton» began to actively develop a distribution network around the world.

1970 - 1980. The invention of metallic bellows seal and silicon cartridge for high-temperature and cryogenic application.

1980. Standardization by the European countries of the sizes of seals and cavities of stuffing box packing, introduction of DIN standards. This allowed the interchange of seals from other manufacturers. English and American companies still adhere to these standards.

1995-2005. Companies that manufacture mechanical seals face serious competition among themselves and try to absorb each other in order to stay on the market.
As a result, the market remains four major manufacturers:
- Сompany «John Crane», which bought «Sealol», «Safematic» and «Flexibox».
- Сompany «Flowserve», which united «Durametalic», «Borg Worner», «Pacific».
- Сompany «AESSEAL», formed by the distributors of «Chesterton», which separated and formed their own enterprise.
- Сompany «Eagle Burgmann», merged «Burgmann» and «Eagle of Japan».

At the moment, the mechanical seal market is estimated at more than 14 billion US dollars.